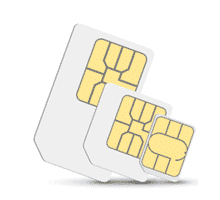 Use our sim only comparison deals tool to compare prices on the best sim only deals. Comparing sim only deals has become popular for many people because sims can prove far more cost effective than standard mobile phone contracts. Sim only tariffs tend to offer more value for money than mobile contracts. This is mainly because you are paying for only the sim card rather than a brand new phone or handset. You can look forward to great value as well as increased flexibility. That’s why so many people choose a sim only package over a regular contract. A contract that could last up to 24 months.

Why compare sim only deals?

Sim only deals offer a number of excellent benefits and many people will find that sim only will prove to be an ideal choice for them. When you opt for a sim only deals, compared to a standard contract you won’t have to get rid of your existing mobile. All you need to do is slip the new sim into your current handset. This is great news for those that are used to their existing handsets as with sim only you get to continue using the handset you are used to. There are also environmental benefits with sim only contracts as you won’t be cluttering up the place with old phones each time you renew your contract. Start Comparing

As well as flexibility another benefit to sim only deals is that tariffs are far more affordable than regular contracts. With sim only, you can enjoy opting for a short-term monthly contract or you may prefer longer contracts. Either way, you will find that the prices work out far cheaper because you are not paying for a new phone. You may find that the price of the sim only offer that you choose is similar to a mobile contract but you get more minutes and texts for your money. Or you may find that you get the same amount of minutes and texts but for a far lower price. Bringing together many SIM only deals allows for a sim only comparison to be easily done. When you compare sim only deals make sure that you have an idea of what your budget is and what you need in terms of minutes and texts. It is also a good idea to have a think about whether you prefer a short-term 30 day contract that you are not tied into for lengthy periods. Alternatively you may prefer to go for a longer contract. Start Comparing

What is a SIM only deal?

A SIM only contract generally includes minutes, texts, and data for a monthly cost like to a phone contract. This works the same as a traditional contract except that you do not get a new handset, so the package will usually cost a lot less. In addition most SIM only contracts have a 30 day time and therefore require less commitment. So don’t delay and start your sim only comparison today.

Can I get a SIM only contract for my phone?

Sim cards are used by phones to provide a network service so you can replace the existing sim card in your phone with your new one. In many cases you can just put the new sim card in the phone and it will begin working. However in some cases your phone will be locked to your current network. If this is the case then it’s possible to ‘unlock’ your phone from the current network. To do this just call your current network and request the phone to be unlocked, sometimes the network charge which the network will advise you of. That you can start your sim only comparison to find the right deal for you. Start Comparing

Compare SIM only deals from all the major UK suppliers

Befuddled.co.uk sim only comparison deals service is provided by Recombu.com. The industry is regulated by Ofcom.
We use cookies on our website to give you the most relevant experience by remembering your preferences and repeat visits. By clicking “Accept”, you consent to the use of ALL the cookies.
Cookie settingsACCEPT
Manage consent

This website uses cookies to improve your experience while you navigate through the website. Out of these, the cookies that are categorized as necessary are stored on your browser as they are essential for the working of basic functionalities of the website. We also use third-party cookies that help us analyze and understand how you use this website. These cookies will be stored in your browser only with your consent. You also have the option to opt-out of these cookies. But opting out of some of these cookies may affect your browsing experience.
Necessary Always Enabled

Performance cookies are used to understand and analyze the key performance indexes of the website which helps in delivering a better user experience for the visitors.

Analytical cookies are used to understand how visitors interact with the website. These cookies help provide information on metrics the number of visitors, bounce rate, traffic source, etc.

Advertisement cookies are used to provide visitors with relevant ads and marketing campaigns. These cookies track visitors across websites and collect information to provide customized ads.

Other uncategorized cookies are those that are being analyzed and have not been classified into a category as yet.